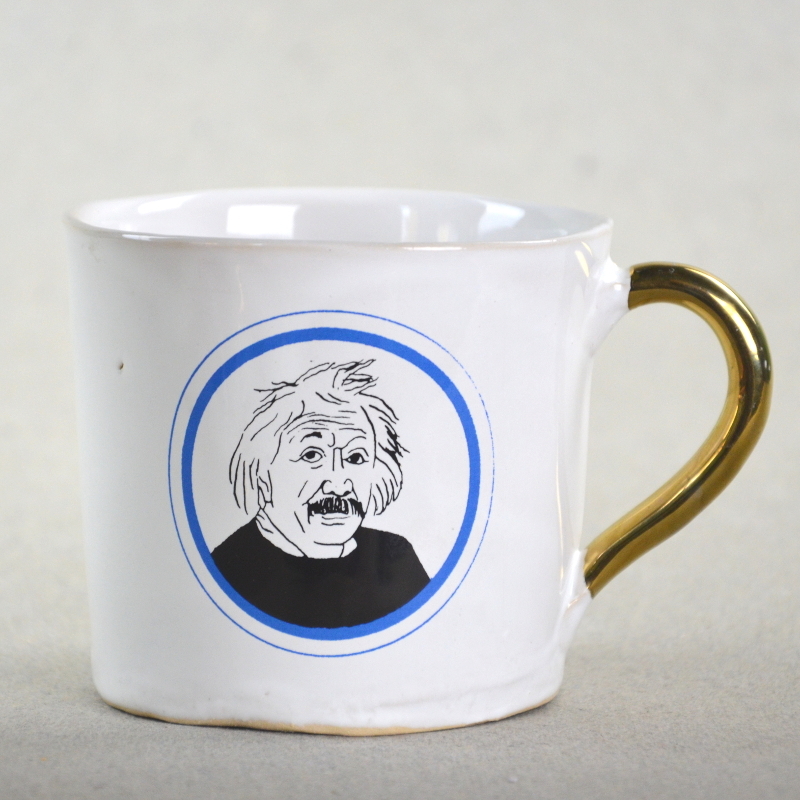 „Lights All Askew In The Heavens. Stars Not Where They Seemed or Were Calculated to be, but Nobody Need Worry“ This is not a dadaistic poem. It was the headline of the New York Times on November 10, 1919. It referred to the scientific proof of Einstein's theory of general relativity, which an English group of scientists was able to accomplish analyzing photographies taken during the total eclipse of the sun on May, 29, 1919. The world was all excited. The president of the Royal Society, Sir Joseph John Thomson, talked of one of »the highest achievements of human thought«. The Berlin news magazin „Berliner Illustrierte“ on December, 14, 1919 put Einstein on a par with Kopernikus, Kepler, and Newton.

Albert Einstein was put a little off by this hype. He never gets to do things and in his dreams is haunted by postmen in devil's disguise, who harasses him with endless enquiries, he complained.

Einstein preferred to work – with simple means. In a lecture on January, 7, 1926, for example he presented a teacup experiment: put tea leaves in a cup, add water and stir, the leaves will always collect in the center rather than the outside, as you might expect. Einstein explained it with the phenomenon of the angular velocity.

This is an explanation of which we might have only limited understanding. This doesn't matter though. We rather follow the sentiment of Annemarie Schrödinger, the charming wife of the originator of the quantum mechanics, who could never again after getting to know this experiment brew a cup of tea without being reminded of the friendly Mr. Einstein.